Predominantly residing in the tropics of South America, guppies are small and colorful freshwater fish. They are omnivorous animals, primarily consuming algae and brine shrimp. Unfortunately, guppies are preyed upon by a number of larger creatures, including birds, larger fish and mammals. While constantly having to avoid such predators, guppies are always in search of a suitable mate to spread their gene pools to future offspring. Alberto Corral-López and colleagues studied how predation pressure, in addition to cognitive ability and brain size, affected sexual behavior and sexual selection in guppies. The actions of both large-brained and small-brained female and male guppies were observed by Corral-López in order to study this phenomenon.

END_OF_DOCUMENT_TOKEN_TO_BE_REPLACED 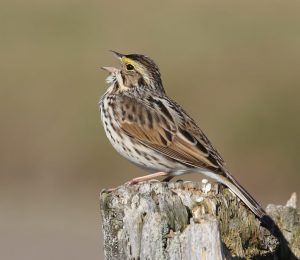 In Savannah sparrows (Passerculus sandwichensis) that reside on Kent Island, New Brunswick, Canada an understanding of divorce rates within the species was analyzed to determine the molecular basis of the phenotypic trait. As well as, to determine if divorce is an adaptive strategy for greater fitness for females. In this species, approximately 47% of pairs in which both partners survived to the following breeding season ended in divorce. Neither the lifetime number of divorces nor whether an individual had ever divorced affected the fitness of either sex, thus suggesting little to no sexual selection for the trait. Divorce in the Savannah sparrows appeared to be an inheritable behavior in which expression depending primarily upon an individual’s age, mating status, sex, and size. 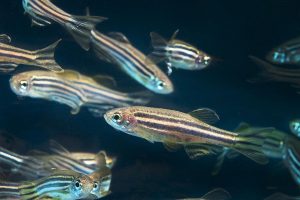 Ever wonder if fish have personality? If fish have a social hierarchy?

Well, news flash, they do! Dr. Susanne Zajitschek had the opportunity to study Zebrafish, otherwise known as Dario reno, and manipulate their social hierarchy in order to determine whether or not this would affect the offspring of the Zebrafish. She focused on the paternal aspect of rearing offspring. Dr. Zajitshek combined this manipulation with the genetic onset of personality traits of the fathers. As a result of her research, she was able to find that both social status and personality traits do in fact affect the behavior of the offspring.