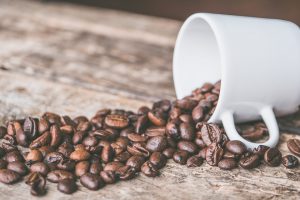 Bitterness joins sweet, sour, savory and salty as the five taste sensations that humans are particularly sensitive to. It’s described as a sharp, pungent flavor, and it is present in some of our favorite foods, such as chocolate, coffee, and beer. Animals have long used their bitter taste receptors to avoid ingesting harmful substances. In a 2009 study titled “Dynamic evolution of bitter taste receptor genes in vertebrates”, researchers Dong Dong, Gareth Jones, and Shuyi Zhang investigated the evolution of the bitter taste receptor genes in vertebrates. Since humans are also considered vertebrates, their findings apply to us too. Their study draws conclusions about the way in which diet and habitat factor into the presence of certain genes in a species, and how the evolution of these genes is related to adaptive dietary changes.

In order to study the evolution of bitter taste receptors in vertebrates, the researchers focused on the T2R gene, one of the bitter taste receptor genes. They then picked a wide variety of vertebrates to study. They looked at species ranging from humans and dogs, to platypuses and pufferfish. Even though we may not think of ourselves as being closely related to pufferfish, our species share genes, including the T2R gene.

To examine these genes more closely, the researchers sequenced the T2R gene in all of the animals they studied. This means that they identified the specific DNA recipe for this taste receptor. They were then able to count the number of T2R genes found in each animal, and used this information to form a phylogenetic tree. A phylogenetic tree is a visual representation of how different species are related to each other based on the genes they share. If you’ve ever seen the tree of life, then you’re already familiar with what phylogenetic trees look like! Because these trees have the potential to be extremely complex with multiple branches, there are several computer programs available today that can quickly generate this information for us.

The phylogenetic tree built from the information the researchers gathered not only showed just how closely related the T2R genes are for each animal, but it also showed that the number of bitter taste receptor genes can change over time. What you might not know is that genes can have a life of their own. They’re able to copy and paste themselves within the genome to create many duplicates, or if they have too many copies, they can even delete themselves. The study describes this as the “birth and death” of genes. For example, some organisms like the platypus have only 4 versions of the T2R gene, whereas the opossum has 26. This difference alludes to the increased need for bitter taste receptors in opossums compared to platypuses.

These gene duplications are important because they can lead to adaptations. This means that some organisms will be better equipped to survive than others. In the case of the T2R gene, which is used to taste bitter chemicals in food, a duplication in this gene could allow an organism to taste a new set of bitter molecules. This means that the organism can detect a wider variety of bitter foods, and be better adapted to avoid these potentially poisonous materials. For example, certain types of fruit can taste bitter when they are not ripe. If ingested, this can cause nausea and vomiting. The animals that can taste the bitterness are more likely to avoid these fruits in the future and thus, they can avoid becoming sick. According to this study, the difference in number of bitter taste receptor genes that an animal has is a good indication of their diet and environment. Organisms with many T2R genes are typically herbivores, because plants often contain a wide variety of bitter compounds. On the other hand, carnivorous organisms have fewer T2R genes, as meat does not often contain bitter compounds that need to be detected.

By studying the birth and death of the T2R genes in humans, we can draw important conclusions about our own human ancestry. We can make inferences regarding what our ancestors ate, how the environment has shaped the way we taste food, and how old our species is. Thus, the importance of studying bitter taste receptor genes extends far beyond the avoidance of certain foods!

Ultimately, we know from our own personal experiences that bitter tastes are unpleasant, and our interactions with bitter foods cause us to avoid them in the future. For animals in nature, this is a great survival mechanism because avoiding bitterness often means avoiding materials that are toxic and dangerous. However, depending on an animal’s diet, the number of bitter foods they come into contact with varies. That’s why there are so many “births and deaths” of this bitter taste receptor gene. Some animals just need more than others.

Though Dong, Jones, and Zhang’s research revealed a lot about bitter taste receptor genes, there is still more work to be done. We can discover even more about the gene if we analyze more animals and add them to the phylogenetic tree. This will help us learn more about how different species might adapt if their environment and their food sources change over time.

If you want to learn more about this study and experience the conversation, check out our podcast!