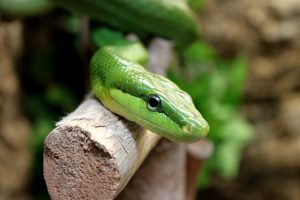 END_OF_DOCUMENT_TOKEN_TO_BE_REPLACED

Spiders are considered by some as a source of fear, but many people find arachnids to be a cool group of arthropods. I mean, one of the most beloved superheroes is Spiderman, after all. Adding to the coolness factor associated with spiders, the spider discussed below is not only a jumping spider, but also a dancing spider with an interesting ritualized dance used to attract a mate. Additionally, the male individuals of the species exist in two morphs with different ritualized dances, competing in a spider dance battle of sorts to impress the ladies. Read on to learn more about the specific mode of sexual selection that contributes to the male morphs’ different looks and dance styles.

END_OF_DOCUMENT_TOKEN_TO_BE_REPLACED

When a species extends across large geographic ranges, it is often found that the individual populations of the species differ physically and genetically from one another, as these subgroups are exposed to a wide range of environmental conditions within the range. Typically, populations found at the edges of the geographic range, or peripheral populations, are more likely to have adaptations or evidence of new traits as a result of their environment. One peripheral population of interest, the elephants of the Namib Desert, demonstrate unique behaviors and physical adaptations in comparison to other African savanna elephant populations. Knowing this, researchers from the Department of Animal Sciences at the University of Illinois were interested in how these elephants might differ genetically, as they show different behaviors compared to populations that are nearby.

END_OF_DOCUMENT_TOKEN_TO_BE_REPLACED 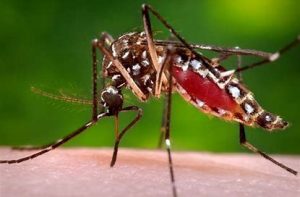 There isn’t much worse than walking in after a night spent outside in the summertime and seeing your arms and legs covered in mosquito bites! While not every species or type of mosquito needs to bite to obtain food, many species do get their nutrients from a blood meal. What if there were a way that we could never get bitten by mosquitoes again but the mosquitoes actually live… and even thrive? We spend so much time and money on mosquito repellents and tiki torches that supposedly ward off these pests, while those in some other parts of the world set up mosquito nets to avoid a bite. It’s easy to brush off a few mosquito bites in Massachusetts or another urban area of the U.S., but for those countries with preventative mosquito nets, a bite could mean life or death. This whole landscape could be changing, however, as recent scientific research has illuminated a possible solution in which humans and mosquitoes both win.