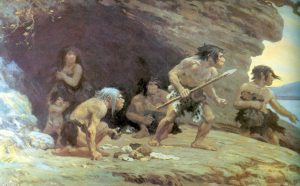 Despite the many great technological and scientific advances that have defined the 21st century thus far, there are many important questions that remain unanswered. Among them is the ultimate reason that Neanderthals went extinct while humans were capable of further survival. There are several theories as to why this occurred, and scientists continue to debate which factors may have contributed to Neanderthal extinction to the greatest extent. Some examples of suggested theories include the possibility that climatic fluctuations may have had a negative impact on Neanderthals; the hypothesis that modern humans’ shorter gestation period allowed for more rapid population growth; and the proposition that the intelligence and language capabilities of modern humans were superior to Neanderthals, allowing them to develop better hunting strategies such as the domestication of dogs to aid them during large animal hunts. Another potential theory, which the article An evolutionary medicine perspective on Neandertal extinction presents research on, is that viral disease transmission from modern humans may have contributed to the ultimate extinction of Neanderthals. This research was led by Alexis Sullivan from the Department of Biology at Pennsylvania State University. This theory is known as the differential pathogen resistance model.

It has been confirmed that beginning at least 45,000 years ago, interbreeding and thus direct contact of humans and Neanderthals occurred in Eurasia. Therefore, it is possible that transfer of infectious diseases between the two species may have occurred throughout this time. Upon further analysis of the Neanderthal nuclear genome and that of the Eurasian modern humans, it was revealed that the genetic diversity of the Neanderthal genome was considerably lower. This lack of diversity may have left the immune systems of Neanderthals more susceptible to pathogens. Additionally, it was observed that the Neanderthal genome contained a higher proportion of predicted damaging amino acid alterations than benign amino acid alterations when compared to humans, which reduced the Neanderthals’ ability to decrease the frequency of deleterious variants. With this known, scientists could then assess the accuracy of the differential pathogen resistance model by researching the levels of genetic diversity in genes for which increased genetic variation is suggested to improve pathogen defense among Neanderthals and African, European, and Asian modern humans.

For this experiment, the single-nucleotide polymorphism (SNP) genotypes for 13 individuals comprised the dataset. These individuals were three modern humans of African descent, three modern humans of European descent, three modern humans of Asian descent, three Neanderthal individuals, and one individual from the archaic hominin Denisovan population. Patterns of Neanderthal-human genetic diversity were evaluated within three subsets of genes for which diversity is thought to play a role in the immune system’s response to pathogens. The first set comprised 73 innate immune-receptor, signaling-adaptor-molecule, and complement pathways. The second set comprised 164 genes encoding for virus-interacting proteins that have known antiviral activity or broader immune system roles. The third set comprised 12 MHC genes, which are critical immune system loci. In addition to these data, patterns of Neanderthal-human genetic diversity were evaluated within a set of genes that are consistent with high levels of genetic diversity among apes. This was done to provide a dataset that was unbiased, as most studies of balancing selection in mammals have been based at least in part on human population genomic data.